Next-Generation Electronics: How Do 5G Networks Compare to 4G? 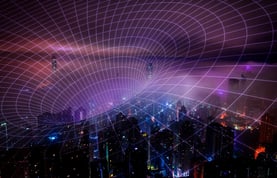 Fifth generation technology, also known as 5G, is the next generation wireless standard to follow 4G. It boasts high-speed data transfer rates at much lower latency than 4G networks.

In short, it’s the best technology available today for the massive amounts of data generated by sensors and systems in the growing list of next-generation electronics.

For more information about 5G for wireless networks and how it compares and contrasts from 4G, continue reading below.

However, 4G is reaching the technical limits of how much data it can quickly transfer across blocks of spectrum. It’s not nearly as capable of managing the number of devices as 5G, with the key differentiator being latency. This is the time it takes for devices to communicate with each other, or with the server that’s sending them information.

Currently, there are so many devices connected to 3G and 4G networks that we don’t have the correct infrastructure to support them effectively. While 5G is believed to fix that, people will likely use a mix of the two technologies in the years to come.

So, what is 5G? Read on to learn more about the future of these wireless networks for data transmission.

5G is the next generation of mobile broadband that will augment 4G. And, companies are racing to deploy the first fully functional 5G networks because of the many revolutionary innovations experts anticipate will be built on top of it.

It’s expected to be nearly 100 times faster than 4G. To put that into perspective, you could download a two-hour film in less than 10 seconds—a task that normally takes anywhere from five to seven minutes on 4G.

While 5G promises faster and larger networks for consumers, what does it mean for device developers and material manufacturers?

With 5G, the expected semiconductor devices will use less energy because the access points will be closer. This means less power required during communications, which opens the door for more complex processing.

Take self-driving cars, for example. With lower latency, self-driving cars are able to communicate with a computer in the cloud to analyze situations and return signals to the car to tell it how to respond.

While this is just one example, 5G networks make it possible to have more devices working reliably and securely in the same area. In turn, it will undoubtedly change the way we interact with technology on a day-to-day basis.

Promerus is a technology-driven organization providing advanced material solutions for the next generation of applications. To learn how we tailor polymer properties for application specific requirements, we encourage you to download our complimentary resource—Getting Started With Semiconductors.